The Ken Ganley Auto Group has always been involved in the communities we are located in. Philanthropy has been an integral part of our business strategy and we have been giving back to the communities for 54 years. Below are just some of the companies we sponsor and partner with. Please visit the individual dealership websites for a complete list of all the local sponsorships each store participates in.

Automotive Marketing For The Future

Northwood University has helped many successful graduates excel in top automotive companies. The automotive industry is fast-paced. Those who are looking to develop skills that will be useful to dealerships and automotive companies will benefit from the rigorous curriculum provided by Northwood University. Unlocking new opportunities through Northwood's Automotive Marketing and Management program will teach you to adapt, calculate risks, and think creatively. If you're looking to expand your skills, apply today!

The Friendship Circle's unique approach brings together teenage volunteers and children with special needs for hours of fun and friendship. 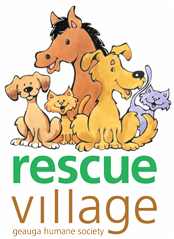 Geauga Humane Society (GHS) has a proud history of being a leading animal welfare agency in northeast Ohio. We began our life-saving work in 1974 when GHS founder, Arlene MacDonald, and a small group of committed animal advocates embarked on a labor of love.

The Golden Age Centers and the Benjamin Rose Institute on Aging have partnered to form the Rose Centers for Aging Well.

The Meals On Wheels Association of America is the oldest and largest national organization composed of and representing local, community-based Senior Nutrition Programs in all 50 U.S. states, and U.S. Territories.

The Diversity Center of Northeast Ohio is a human relations organization dedicated to eliminating bias, bigotry, and racism.

Founded in 1927 as the National Conference of Christians and Jews (NCCJ), The Diversity Center is currently a member of the National Federation for Just Communities, a network of 20 like-minded organizations across the country.

Milestones Autism Resources helps individuals with autism reach their unique potential. We focus on educating and coaching for family members and professionals in evidence-based practical strategies. Our conferences, workshops, professional development, referral calls and online resources connect the autism community with vital information, and each other. 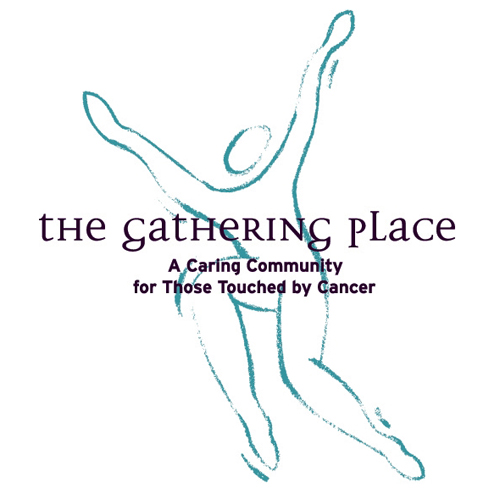 The Gathering Place opened in January 2000 as a nonprofit, community-based cancer support center to fill an unmet need in the greater Cleveland community. The programs and services offered address the social, emotional, physical, and spiritual needs of individuals with cancer and their support network.

The American Heart Association and American Stroke Association are committed to fighting heart disease and stroke throughout Ohio.

The Alzheimer's Association Cleveland Area Chapter provides support and resources to individuals suffering from memory loss, and their families, in a five-county region of northeast Ohio including Ashtabula, Cuyahoga, Geauga, Lake, Lorain counties.

Coats for Kids Foundation, established in 2004 in Alexandria, VA has been a long time partner of Operation Warm, Inc . Founded on similar principles, both organizations have made it their mission to provide new winter coats to children in need.

Autism Speaks is an autism advocacy organization in the United States that sponsors autism research and conducts awareness and outreach activities aimed at families, governments, and the public. 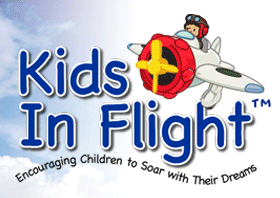 The mission of Kids in Flight? is to use aviation to empower children with serious illnesses and disabilities and their families through flight experiences and educational programs.

Non-profit organization provides medical and dental examinations, cleft lip and palate repair, basic dentistry, and other health care services to impoverished children with deformities in some of the poorest regions of the world who do not have adequate access to health care.

For over 100 years, the American Cancer Society (ACS) has worked relentlessly to save lives and create a world with less cancer. Together with millions of our supporters worldwide, we help people stay well and get well, find cures, and fight back against cancer. 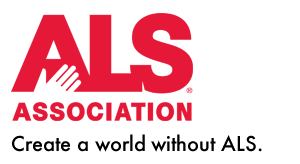 Established in 1985, The ALS Association is the only national non-profit organization fighting Lou Gehrig's Disease on every front. By leading the way in global research, providing assistance for people with ALS through a nationwide network of chapters, coordinating multidisciplinary care through certified clinical care centers, and fostering government partnerships, The Association builds hope and enhances quality of life while aggressively searching for new treatments and a cure. 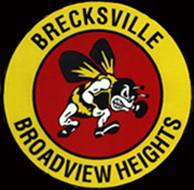 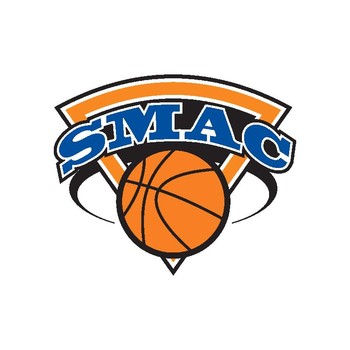 SMAC Family is the 2nd Largest basketball program in the country.

Saint Basil the Great is a Faith Community united by love for Jesus Christ, which worships together, passes on the Good News, serves the needs of others, and works for peace and justice as a living sign of Christ's presence in our community. 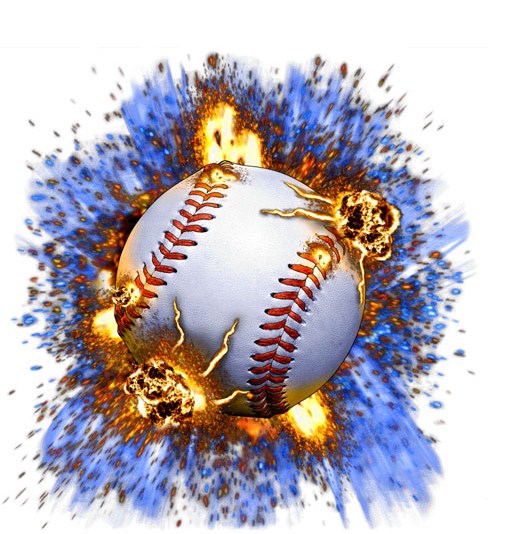 The ABL offers a variety of Baseball and Softball programs for the ages from 5 to 17 years. Whenever the number of players allows, different levels of competitiveness are offered to allow players to progress at their own pace and first and foremost to have fun at an appropriate level of play. 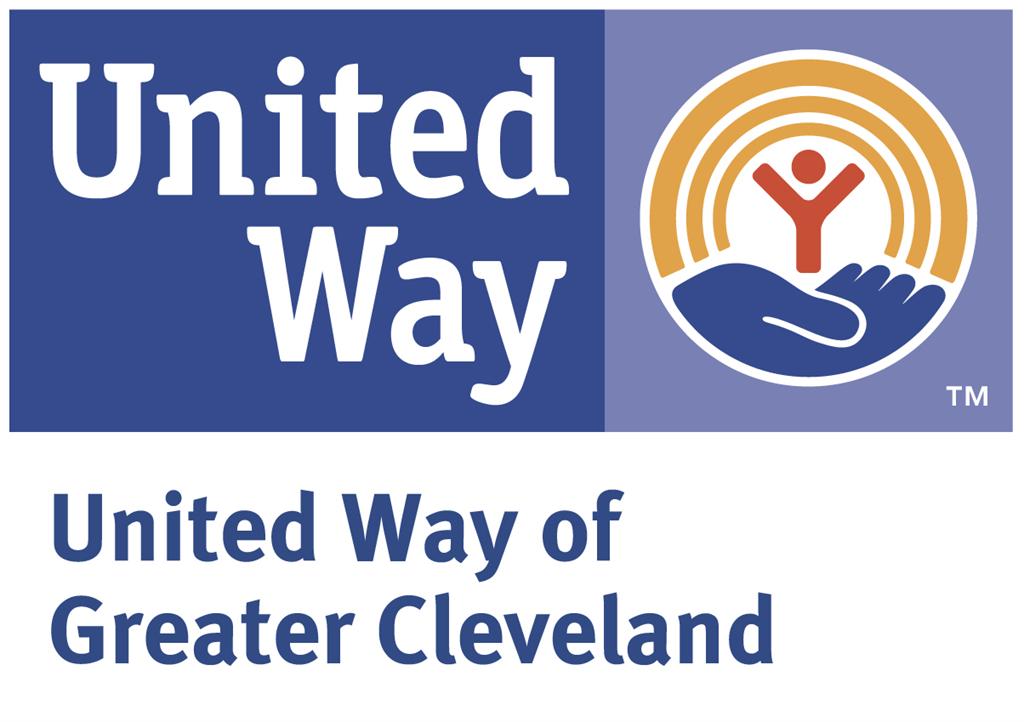 Our Mission: We mobilize people, organizations and resources in a focused effort to advance education, income and health in our Greater Cleveland community.

The Boy Scouts of America is one of the nation's largest and most prominent values-based youth development organizations. The BSA provides a program for young people that builds character, trains them in the responsibilities of participating citizenship, and develops personal fitness.

Individuals who drive while sending or reading text messages are 23 percent more likely to be involved in a car crash than other drivers. A crash typically happens within an average of three seconds after a driver is distracted. 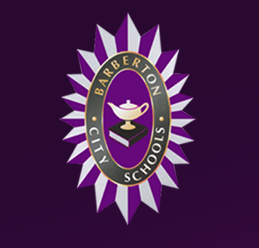 Our Mission is to honor the memory of the late Jack Greynolds. The Classic supports youth fitness and stroke education programs through the work of the Lake Anna YMCA, the Barberton Parks Department, the Barberton City Schools and the Larry Bidlingmyer Memorial Bike Ride. 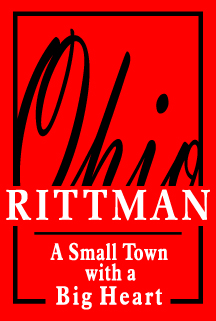 We support and sponsor groups in Norton such as Norton High School and Norton Youth Sports.

St. Jude is unlike any other pediatric treatment and research facility. Discoveries made here have completely changed how the world treats children with cancer and other catastrophic diseases. With research and patient care under one roof, St. Jude is where some of today's most gifted researchers are able to do science more quickly.

As one of the largest comprehensive health and human services organizations in the region, Catholic Charities, Diocese of Cleveland carries out Christ's healing mission here in Northeast Ohio. Catholic Charities, Diocese of Cleveland delivers more than 150 services at 60 locations to nearly 400,000 people each year - providing help and creating hope for people of every race and religion in each of the eight counties in the Diocese.

The Ehrbar Angels Foundation was created in memory of Erin and Andrew Ehrbar who tragically lost their lives on April 28, 2010. The proceeds of their events will offer scholarships to Highland High School senior students to further their education, sponsor 8th grade students on Washington DC trips, and education for teen drivers. 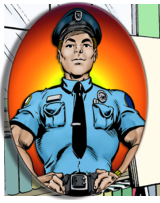 Creative Safety Products was founded in 1975 with the simple idea of bringing child safety lessons to elementary schools. Since then we have taught millions of children how to stay safe, be smart and become better citizens.

The Officer Phil, Deputy Phil and Firefighter Phil Safety Programs teach children about stranger danger, the negative effects of bullying, fire safety, internet safety and respect for authority figures. We also encourage positive behavior like honesty, friendship, being a buddy not a bully, civic responsibility and knowing what to do in an emergency just to name a few. In many cases we have been credited with saving children's lives.

Established on the foundation that crime can be prevented, the Ohio Crime Prevention Association is committed to the development and advancement of a continuum of educational opportunities in crime prevention and community policing, to ultimately improve the quality of life in Ohio communities.

The Ohio State Firefighter's Association was organized in 1938 in Mt. Vernon, Ohio by firefighters who had the interest and the welfare of all firefighters in the State of Ohio in mind.

The Ohio State Firefighters' Association was organized for: 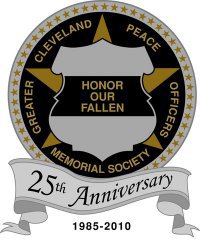 The Greater Cleveland Peace Officers Memorial Society was formed in 1985 by a handful of area police officers as they met after the funeral of a fellow officer killed in the line of duty.

To honor those peace officers who have made the supreme sacrifice in giving their lives in the performance of service to their communities and the Nation, especially those from the Greater Cleveland area. Cuyahoga, Geauga, Lake, Lorain, and Medina Counties.

Today the Society is comprised of police officers, families, friends and supporters dedicated to honoring the memories of all officers killed in the line of duty. The Society has adopted the motto "In Honore Casorum", Latin for "Honor Our Fallen".

To support and defend the Constitution of the United States; to inculcate loyalty and allegiance to the United States of America; to promote and foster the enforcement of law and order; to improve the individual and collective proficiency of our members in the performance of their duties; to encourage fraternal, educational, charitable and social activities among law enforcement officers; to advocate and strive for uniform application of the civil service merit system for appointment and promotion; to support the improvement of the standard of living and working conditions of the law enforcement profession through every legal and ethical means available; to create and maintain tradition of esprit de corps insuring fidelity to duty under all conditions and circumstances; to cultivate a spirit of fraternalism and mutual helpfulness among our members and the people we serve; to increase the efficiency of the law enforcement profession and thus more firmly to establish the confidence of the public in the service dedicated to the protection of life and property.

The Kidney Foundation of Ohio was formed in 1950 by a group of parents whose children suffered with childhood nephrosis. Incorporated and determined by the Internal Revenue Service to be a 501(c)(3), Not-for-Profit Organization in 1961, the Foundation celebrates 64 years of service to the community in 2014.

Straight From The Heart

Their mission is to support the basic needs of individuals in our community.

Basic needs include food, shelter, and physical and mental health care. Through the generosity of our donors, we are able to offer grants to area charities that provide basic needs support throughout Western Cuyahoga County and Lorain County. These organizations offer everything from food, to housing for homeless men, women and families, to medical care for the terminally ill and underinsured.